Reserve Bank of India to issue new 5 and 10 coins

The Reserve Bank of India (RBI) will soon put into circulation new 5 coins to celebrate the 150th anniversary of the Allahabad High Court. New 10 coins have also been minted to commemorate the 125th year of National Archives of India.

The Central Government has sanctioned construction of over one lakh more houses for the urban poor with an investment of Rs 4,200 crore under the Pradhan Mantri Awas Yojana(PMAY). Madhya Pradesh tops the overall list of states in getting approvals with over 2.66 lakh houses sanctioned under PMAY (Urban) with a total investment of Rs 18,283 crore. Tamil Nadu is second with over 2.52 lakh houses with a total project cost of Rs 9,112 crore. 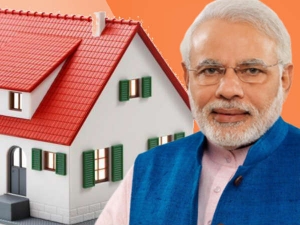 IPS officer Rajiv Rai Bhatnagar has been appointed as the Director-General of the Central Reserve Police Force (CRPF). The CRPF was functioning without a head for the past two months after the retirement of K. Durga Prasad on February 28, 2017. Bhatnagar will be replacing the acting DG Sudeep Lakhtakia.

Belgium has become the first country to open an honorary consulate office in Gujarat International Finance Tec-City (GIFT City). The consulate was inaugurated by Belgian Secretary of State for Foreign Trade, Pieter De Crem. Hari Sankaran was nominated as Honorary Consul of the Kingdom of Belgium to the state of Gujarat.

With a view to digitally empower the Atal Pension Yojana (APY) subscribers and to improve the quality of service, the facility of online viewing of the statement of the transactions (e-SOT) and also the e- Permanent Retirement Account Number (e-PRAN card) have been launched. There are more than 45 lakhs APY subscribers will be benefited by the above scheme.

The Tamil Nadu government signed an agreement with Bharat Broadband Network Limited (BBNL) for implementing the Centre’s rural internet connectivity program, “Bharatnet““. A sum of Rs. 50 lakh has been allocated as the state’s share capital.

NASA’s Cassini spacecraft transmitted its images and other data on Saturn’s moon “Titan” to Earth. Cassini begins its final series of 22 dives between the rings and the planet Saturn. Velocity is 860.5 meters per second. Rocket: Titan IV(401)B B-33.

Srishti Kaur was crowned as Miss Teen Universe 2017 after beating 25 contestants from around the world at the annual beauty pageant. The event was held in Managua, the capital of Central American country Nicaragua. She also won the prize for best national costume. Samantha Pierre from Canada and Ary Trava from Mexico were the runners-up in the event.

Veteran actor and politician Vinod Khanna has expired at the age of 70. His famous films are Mere Apne, Insaaf, and Amar, Akbar, Anthony. He was last seen in 2015 in Shah Rukh Khan’s Dilwale. In 1999, he received the Filmfare Lifetime Achievement Award. He served as the Union minister for culture and tourism in 2002. Later, he also became a minister of state in the Ministry of External Affair.

12-yr-old to represent India at football program in Russia

Sujal Kahar, a 12-year-old football enthusiast and goal-keeper from Mumbai, has been shortlisted to represent India at the global Football For Friendship (F4F) social program. The F4F program, supported by Gazprom and FIFA, focuses on the development of children’s football, fostering tolerance and respect for different cultures and nationalities among children from different countries.