India and Russia signed an agreement paving the way for making the third and also four reactors at the Kudankulam Nuclear Power Plant in Tamil Nadu. As well as, The pact signed between Nuclear Power Corporation of India Limited (NPCIL) and Russia’s Atomstroyexport.

Mahatma Gandhi’s Champaran Satyagraha to be repackaged as Swachhagraha

Facebook’s digital assistant ‘M’ launched in the US 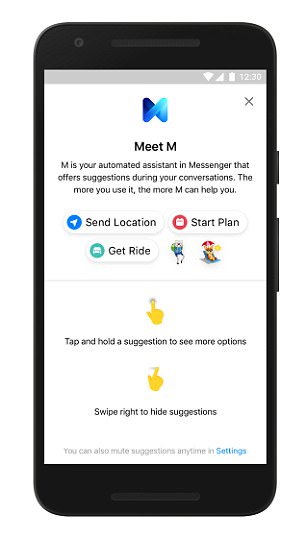 08 April 2017 Current Affairs GK: Ramping up the social network’s efforts in artificial intelligence, Facebook launched its digital assistant named “M” for US users of its Messenger application. Also, For users of the messaging platform, M will pop up and suggest “helpful actions” in the chat window.

India signed a weapons deal with Israel for nearly 2 billion dollars described as the “largest defense contract” ever signed by the military exporting giant. Therefore, The deal will provide India with an advanced security system of medium-range surface-to-air missiles, launchers and also communications technology.

Deadline for account holders to give PAN extended to June 30

The time limit for getting the permanent account number or form 60 (if PAN is not available) by banks ended on 28 February and it is now extended until 30 June. Also, Form 60 is a declaration form filed by an individual without PAN.

Yokoyama takes over as Country Director of ADB

Tai maintains her sway in the 3-game matches against Sung Ji winning her 7th 3-game battle out of 11 games. South African cricketer AB de Villiers launched his mobile app ‘AB 17’. Therefore, Available on both Android and also iOS, the app enables fans to interact with the cricketer, besides giving them updates.