Prime Minister Narendra Modi today flagged off the Run For Unity in New Delhi to mark the 142nd birth anniversary of Sardar Vallabhbhai Patel. A large number of people, including sports personalities like Sardar Singh, Deepa Karmakar, Suresh Raina and Karnam Malleswari participated in the Run.  Several programmes have being organized across the country on this occasion. 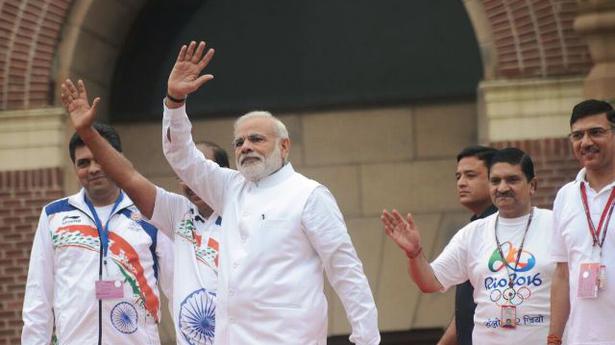 Saudi Arabia to Allow Women into Sports Stadiums from 2018

Turki Al-Asheikh, Chairman of the General Sports Authority of Saudi Arabia announced that Saudi women will now be able to attend sports events in stadiums starting from 2018. The move has aimed at empowering and engaging women in the society as an integral part of the development process. All these changes support Saudi Arabia’s “Vision 2030” plan for economic and social reforms.
.

Iran’s key strategic port of Chabahar became operational with the maiden shipment of wheat from India to Afghanistan. It had flagged off from Kandla port in Gujarat. This is a major push for India’s Afghan outreach bypassing Pakistan for the first time under the 2016 Indo-Afghan-Iran trilateral pact. Chabahar port is strategically located in Sistan-Balochistan province on energyrich Iran’s southern coast in Gulf of Oman near its border with Pakistan and can be easily accessed from India’s western coast.

Suresh Raina appointed as the brand ambassador of the Ghaziabad Municipal Corporation (GMC) at a programme at Ghaziabad. It is the only city among 16 municipal corporations in Uttar Pradesh which has been declared open defecation free. This programme will help the municipal corporation in spreading awareness about sanitation. V.K. Jindal, Joint Secretary and Director of Swachh Bharat Mission, and Ghaziabad Municipal Commissioner C.P. Singh were present during the occasion.

India captain Mithali Raj moved up one place to occupy the number one spot in the latest ICC ODI rankings for batswomen. Ellyse Perry of Australia and Amy Satterthwaite of New Zealand also jumped one place each to be at second and third spots. Mithali has 753 points. Also, Indian captain, Virat Kohli returned to the top of the ICC ODI rankings for batsmen after logging career-high rating points going past the iconic Sachin Tendulkar in the process.  The 28-year-old Delhi batsman has reached 889 points, which is the best ever by an India batsman.